A what-to-wear tutorial for those looking to land on the Hill
Elizabeth Gray-Smith (ipolitics.ca)
MPs live and breathe in the public eye. Standing in the house, scrumming in the halls, posing at podiums, swooshing through galas, flipping pancakes and picking up babies – there is no hiding from the camera. So, given the many public adventures (and potential misadventures) facing MPs in a given day, how important is their fashion finess and mastery of style?
“Let’s get right to it… their image matters,” says Lynne Mackay, an image consultant with 30 years of experience coaching people – some senior politicians – on how to look, behave and communicate. Mackay advised Conservative candidates in the ’93 and ’97 federal elections.
“Persona and sincerity – all of it matters on camera – as does how you look,” says Mackay. “People are absorbed by that, especially in North America… we are a very visual society.”
With an election in sight, it begs the question: what should candidates think about as they prepare to dress the role of an MP at the top of their game on the Hill?
[av_masonry_gallery ids=’3768,3767,3766,3765,3764,3763,3762,3761,3760,3759′ items=’10’ columns=’flexible’ paginate=’none’ size=’fixed’ gap=’1px’ overlay_fx=’active’ caption_elements=’title excerpt’ caption_display=’always’ container_links=’active’ id=” av_uid=’av-am0wc’]

According to Mackay, becoming the savvy sartorialist is the first step. “Trends come and go but what really matters is how a garment fits – that is key at this level. If you are rushed on scrums, appearing up close on camera, and your clothing is ill-fitting it is a complete distraction to the viewer.”
Keeping a finger on the pulse of fashion while staying current with the headlines can’t hurt. “Don’t date yourself,” says Mackay. “If you are wearing suits that are five, six or seven years old, chancer are your outfit is dated.”
In an arena where the choice of hues can corner you in the ring – with four popular colours taken by party brands – what is left to pick from on the palettes?
Many MPs have made their party brand their own insignia. Olivia Chow was known for her orange gowns, Carolyn Bennett’s closet is filled with red accessories and Elizabeth May has more than a few green items.
Mackay identifies plum, wine, orchid, violet and eggplant as safe, non-partisan colour choices. No matter how clever the colour choice is, the outfit as a whole has to translate well on screen. “It all has to look good on camera,” says Mackay.
Under the rays of fluorescent lighting, she wars, black suits can often look green. Plus, solid black is linked to weddings and funerals and can look overwhelming on certain individuals. Mackay recommends taking a departure from the solid navy or charcoal grey norma and going the route of slate greys or ink blues and introducing a stripe or subtle check in bordeaux or oxblood.
“Blue-greens and teals are also interesting in ties and work well on camera,” says Mackay. In summer, she urges MPs to favour seasonal elements like taupe or beige in lght weight wools or cotton. She is also a fan of the seersucker sport jacked which can instantly add variety to conventional suit picks.
The big take-away from the experts: no matter what, be true to yourself. Be genuine. Know  your body. Know the day ahead of you. And be prepared for that camera in your face. 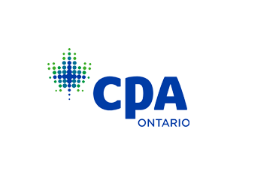 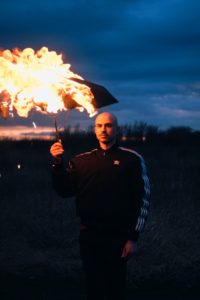